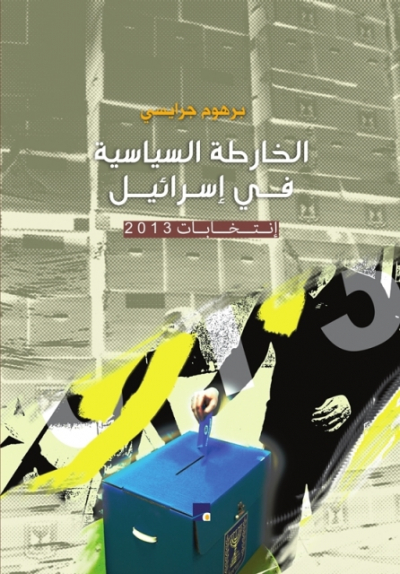 This book analyzes the political scene in Israel in light of the 2013 parliamentary elections, concluding that the elections didn’t succeed in getting Israel out of the state of political instability which is signified by the high frequency of party shifts and the fragmentation of the political map, which leads to a parliament with many small sized blocs, lacking a large bloc that can be a strong pillar for power.

The book suggests that the fragmentation in the Israeli case doesn’t reflect democratic diversity, but a series of internal crises that have existed within Israel since its inception, which are escalating as time passes. This is in addition to the Palestinian-Israeli conflict, which Israel is again trying to avoid, and to end by imposing new realities on the ground.

The book summarizes most key issues that face Israel today, which are reflected on the political arena, through a continuous series of variables. Besides, it presents an analysis of the partisan scene in Israel, on the party level, with special focus on parties that are always orbit within the spectrum of power.

The book analyzes the results of the elections through a series of data and facts; the absence of a large bloc, the new record of new MPs, voting trends, coalitions and what’s behind them.

The book emphasizes that the scene of the parliamentary blocs after the elections will not be repeated in the coming elections, “what we witnessed in the 2013 elections of partisan re-making will continue and will be repeated in the coming elections, as an additional indicator to the lack of political stability in Israel. In addition, the seats that the extreme right and haredim blocs lost, were actually lost due to votes to lists that didn’t make it to the Knesset, and might be won again in the next elections through new alliances.”

The scene right after the elections, according to the book, shows a new case of polarization that focuses on Israel’s internal problems. Mainly, the composition of the Jewish community, the future struggle with the Haredi community, contrary to the previous scene since 1992, where the main polarization was around the Palestinian-Israeli conflict. The results also reflected that the Jewish community is leaning to the extreme right, as 56.5% of the Jewish voters gave their votes to extreme right wing and Haredi lists, including the lists that didn’t make it to the Knesset.

The book expects that what will become clearer in this Knesset, is the solution of the Haredi issue; and whether Israel is willing to go into a direct clash with the exponentially increasing Haredi community as of now, or will it maintain the conflict to a later time through midway solutions. The issue of Haredi conscription is the “cover-up story” for Israel’s deep confrontation with “secular” and “economically advanced” within this closed community. Those issues will not be resolved through the parliament and the government, but through direct talks and agreements with the spiritual leaders of the Haredi community.

The book also adds that the main change worth noting in the Haredi issue in the 2013 elections is the rise of a religious block amongst the Zionist stream, which is less tolerant towards the Haredim, to the contrary of the past, where the religious Zionist line tried to reach compromises with the Haredi community.

More in this category: « Israel and the Jordan Valley: Security Concept and Annexation Strategies On the Recognition of the "Jewish State” »