Shlomo Sand’s “The Invention of the Land of Israel”: Radical Reconsiderations in Zionist Postulates 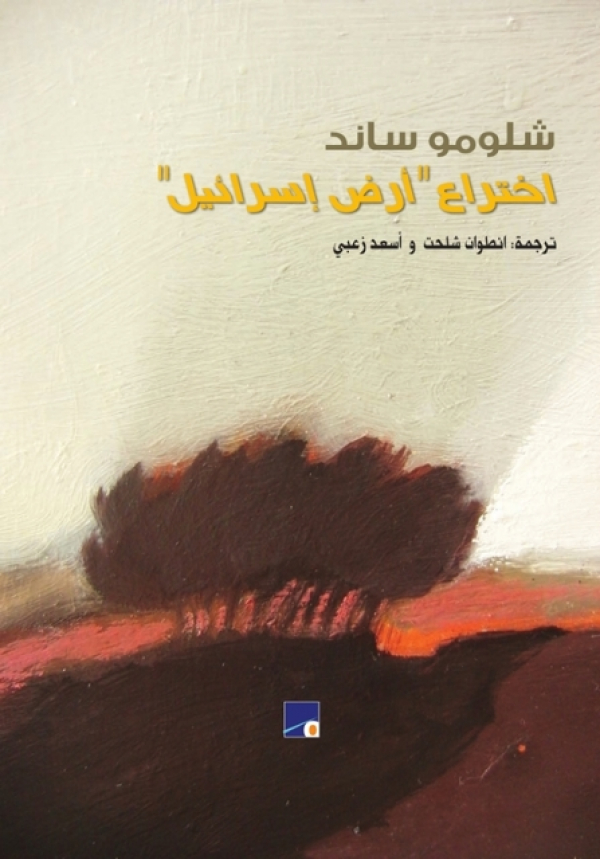 Ramallah: The Palestinian Forum for Israeli Studies MADAR held a symposium in Ramallah, yesterday, on the occasion its publishing of the Arabic translation of Shlomo Sand’s “The Invention of the Land of Israel”. The director of MADAR’s Israeli Scene Department writer Antoine Shalhat and the professor of philosophy and cultural studies in Birzeit University Dr. AbdulRahim Sheikh sat on the panel of the symposium, which was facilitated by writer Akram Musalam.

In his opening address, Musallam noted the uniqueness of Shlomo Sand’s cognitive project that is composed by a trilogy that started by “The Invention of the Jewish People” and concluded by “How I Ceased to Be a Jew”, which will be published by MADAR in the future. Musallam also highlighted the justification for the interest in this project, as it challenges the founding pillars of the Zionist myths, starting from “the Jewish people, its uniqueness and purity” up to geography and its self-acclaimed right to re-formulate it.

Negating the components of the Israeli narrative

Musallam said that Sand’s project is more solid and substantial as it builds on the works on the neo-historians and sociologists in negating the components of the Israeli narrative, and as it addresses the illustration of Al-Nakba, the relationship between nationalism, socialism and the kibbutz maneuver, and others.

The writer Antoine Shalhat spoke about what Sand’s new book represents of radical reconsideration to a group of the Israeli postulates by putting it through a thorough, strict and well thought out historical tribunal.

The importance of testimonies such as Sand’s on the Israeli experience and its results comes from the echoes such testimonies create within academic and media institutions that are hypocritical to Israel, as it supports the long existing Palestinian narrative, which is blatantly ignored by the world, in favor of Israel, Shalhat said.

Shalhat also said that Sand, in this book, has focused his effort on deconstructing the false myths that emphasize the “Jewish People’s” connection with Palestine, which has been renamed as the “Land of Israel” in order to confirm this connection, a term that has been used as a pillar and directional tool to the geographical imagination of the Zionist settlement that started more than a century ago.

Shalhat focused on the role of the puritans [a group of English Reformed Protestants in the 16th and 17th centuries] in giving the Tanakh [the Old Testament] the status of a historical book. As they were eager in their search for redemption, they linked their movement with the renaissance of the “People of Israel” in “their land”. This link didn’t come out of their concern over the misery of the Jews, but out of their religious vision that says that only after the return of the “people of Israel” to Zion, the Christian redemption would come to the entire humanity.

While the term “Land of Israel” was used in the Mishnah, but it is not identical to the land of the divine promise that was given to Abraham. Only few are willing to admit that the “land of Israel” in the Tanakh didn’t include Jerusalem, Hebron and Bethlehem, and that the Tanakh used the Pharaonic name for the region “the Land of Cana’an”.

The deconstruction of the Zionist narrative

AlSheikh noted Sand’s conclusion of the presence of a threat to the Zionist narrative, and the possibility of its disintegration and thus the failure of its project. Meanwhile, he noted the irony of some Arab and Palestinian voices that still claim that defeating the Zionist colonialist project is impossible and not realistic.

AlSheikh also spoke about the intellectual and cultural environment in which Sand is acting, and his methodology that is based on starting from personal memories and reaching into the deepest layers of collective awareness, focusing on the successful utilization of the story of the village of Sheikh Mo’nes on whose ruins currently stand on the academic edifice at which Sands works, and which no only ignores the memories that are buried under it, but also contributes to burying it deeper. AlSheikh considered that Sand’s book is an attempt to normalize Israel, and to try to present it as a historical phenomenon rather than being super-historic, through falsifying the illusion of “Jewish exclusivity” with all the racism and superiority embedded within this exclusivity.

AlSheikh concluded his presentation with addressing the political remarks that Sand presents; as Sand suggests that the two-state solution is the most realistic scenario, without clarifying which two-states he advocates, and without clarifying how will the injustices that resulted from the project that he is trying to deconstruct will be undone.