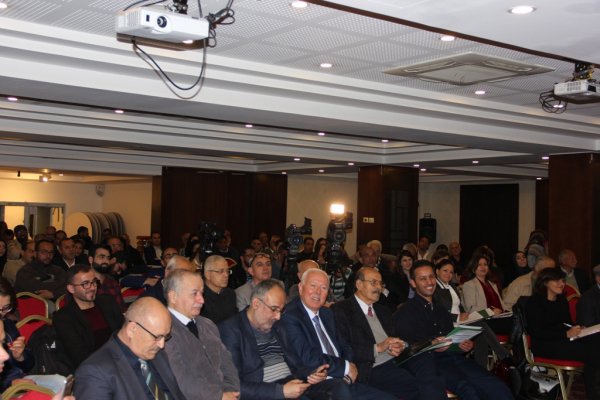 Election results are particularly dangerous as they coincide with a favourable international environment and dwindling Arab support to Palestinians.

The right wing enjoys almost invariable support from its grassroots. Mobility is taking place between parties within the right wing. The stock of centre-left votes is limited.

Ramallah: The Strategic Report 2019 of the Palestinian Forum for Israeli Studies (MADAR) concluded that the next stage would see a shift towards annexing settlements to Israel’s sovereignty, accelerating settlement expansion, inhibiting the prospects of Palestinian statehood, and limiting a solution with Palestinians to remaining Israeli facts on the ground. According to MADAR Strategic Report 2019, the upcoming period will also involve an expedited action to bolster the national Jewish identity of the state at the expense of already vulnerable democratic values, negatively reflecting on the status of Palestinians in the 1948 territory.

Announced at the MADAR Annual Conference in Ramallah on Thursday, 18 April 2019, the MADAR Strategic Report 2019 asserts that recent Israeli elections are particularly dangerous as they pick up momentum from an international friendly environment favourable to the Israeli right wing. In this context, the Trump Administration fully embraces the Israeli vision. The fascist right wing has risen to power on the international stage. In addition to declining Arab support to Palestinians, Israel has gained access into Arab world through the Sunni-Shiite conflict. Iran has become the focus of hostility for several Arab states. 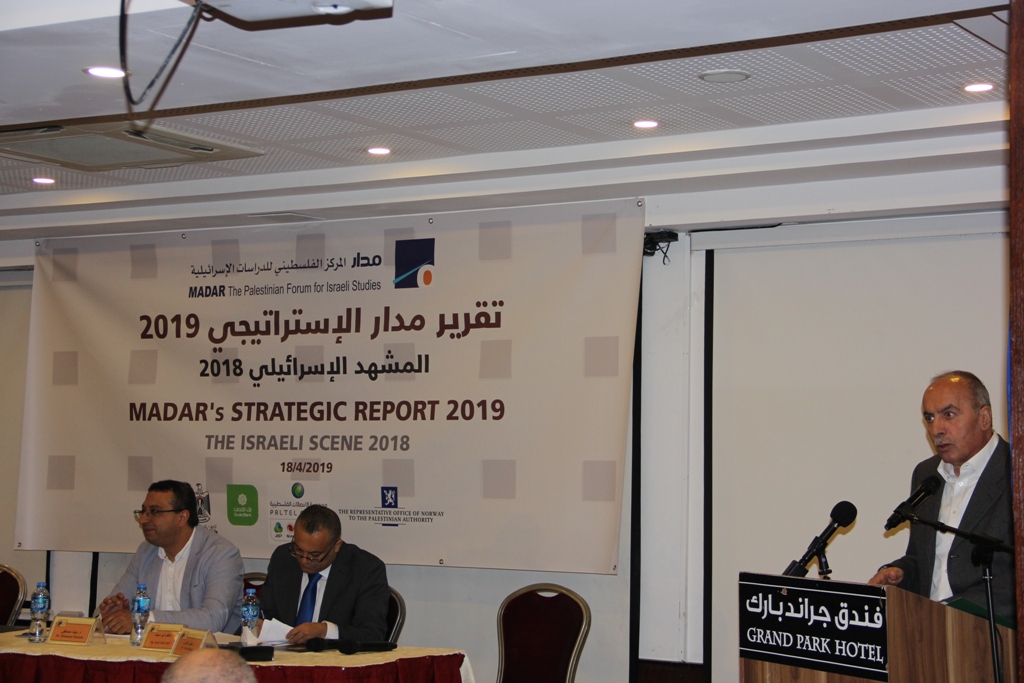 After right-wing parties won 65 seats, the structure of Netanyahu’s fifth government is expected to be largely similar to the fourth government, which he formed in 2015. On the other hand, while the centre- and left-wing alliance had 45 seats, Arab lists earned 10 seats. This scenario would be highly unlikely if a national unity government came as a surprise.

The success made by the Likud party was at odds with expectations and opinion polls, the majority of which foresaw that the Kahol Lavan (Blue and White) alliance would be ahead of the Likud by several seats. Success was also scored in spite of an unprecedented mobilisation and alliance by different and divergent leading figures and forces, who united in a single list in order to overthrow Netanyahu. More importantly, Netanyahu’s triumph came at a crucial point in his political career. At the height of the electoral contest, Avichai Mandelblit, Attorney General of Israel, released a recommendation to put Netanyahu on trial in three corruption files.

The election results showed that the right wing enjoyed almost invariable support from its grassroots. Mobility is taking place between parties within the right wing, rather than between left- and right-wing blocs.

Among the Arabs, amidst calls for a boycott and due to a feeling of frustration at the disintegration of the Joint List, voter turnout dropped to 50-52 percent compared to 64.2 percent in the previous election round. In comparison to 18 percent in previous elections, approximately 30 percent of the Arabs voted for Zionist parties, particularly Meretz, which earned a seat thanks to Arab votes. 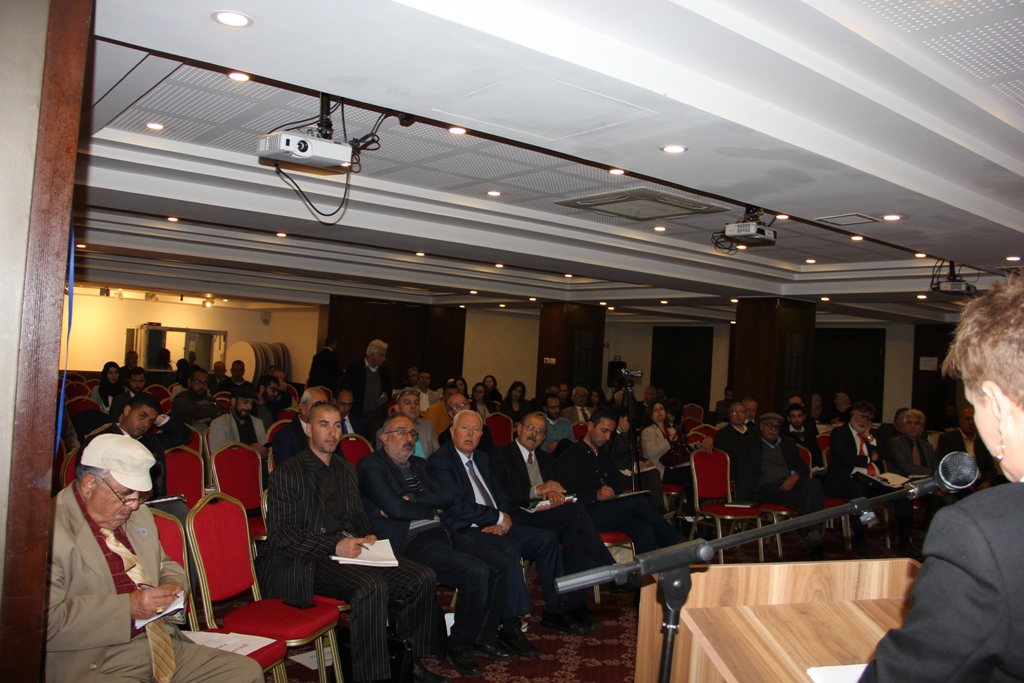 According to the MADAR Strategic Report 2019, the Israeli elections reflected several significant trends. These are associated with the rise of the Third Israel (grounded in religious identity and settlement activity) and with relevant internal conflict between political and community movements over their identity and future. Kahol Lavan focused its campaign on regaining the credibility of judicial institutions of the state, rejuvenating the idea of “Statism” and “Officialness”, and restoring internal relationships which, in Kahol Lavan’s view, were damaged because Netanyahu encouraged internal polarization.

The election process demonstrates that Netanyahu is viewed by some traditional Israeli elites as a threat to the future of their state, causing upheaval in its essential values and spirit, as they imagine it. It shows that the Labour party did not collapse as an idea, although it earned just six seats. On the contrary, the direction of the Labour party has been recycled by Kahol Lavan – the reconfiguration of Mapai. According to the election results, the stock of centre-left votes was limited and reduced a minority vis-à-vis the growing power of the right wing. 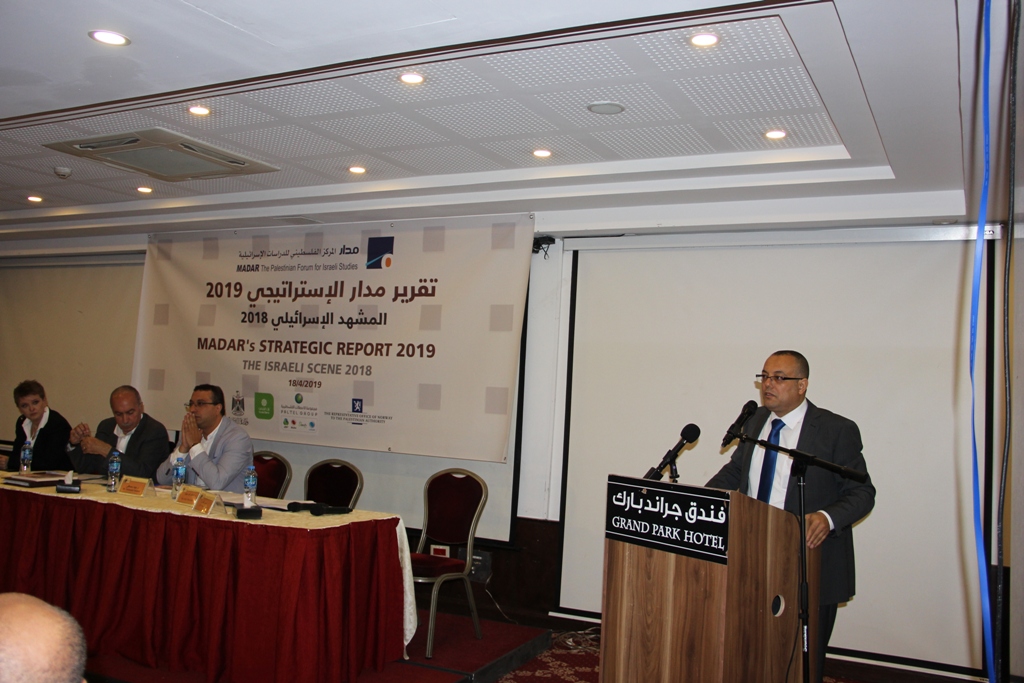 The partisan composition of the recently elected right-wing bloc shows that the right wing represents a multiple and broad spectrum of Israeli society. It includes groups with different secular, ultraorthodox religious, national religious, Mizrahi and Ashkenazi backgrounds. This means that, apparently, the right wing has successfully transformed disputes into a polarisation tool, which embraces identity politics. This tool allows the right wing to polarise distinct groups by addressing their identities, while at the same time limiting voters for the centre and left wings to the secular Ashkenazi group.
As illustrated by Kahol Lavan, the MADAR Strategic Report 2019 shows that political stardom has transformed into a central trend that shapes the Israeli partisan scene. Obscure positions have been turned by the start and his list into a promotional tactic to win votes of the right, centre and left wings. This rising star has further refrained from articulating a clear stance towards problematic issues, such as the occupation and political solution. In effect, this ambiguity presented right-wing parties as the only credible actors. It helped Netanyahu and his party to appear later as the player, who had a clear political platform. Earlier, Netanyahu announced that he would annex settlements to Israel’s sovereignty.
In an outline of its main findings, the MADAR Strategic Report 2019 assesses that it is unlikely that Netanyahu propose annexation without having discussed it with the Trump Administration and without some understandings about this issue. Netanyahu bets that Palestinians will refuse the Deal of the Century so that he could blame them and initiate the annexation.

Netanyahu’s personal future relies on mobilising right-wing parties so that he could stay in office. Annexation might be traded with enacting the “French Law”, which prohibits to put on trial a prime minister while he is in office.

The internal Palestinian political divide will allow Netanyahu to manoeuvre, use the carrot and stick approach to manage, and manipulate each party to the divide. Accordingly, Netanyahu can impose the right-wing annexation agenda and convert the West Bank into official ghettos that are managed like Gaza. 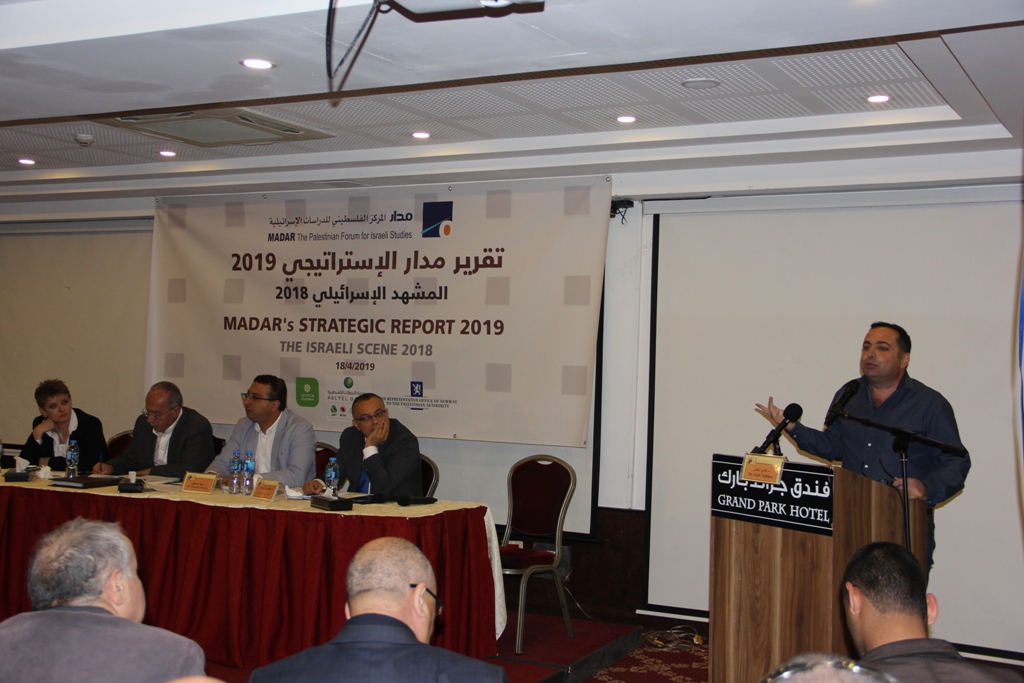 In the face of these somber realities, the MADAR Strategic Report 2019 is concluded by exploring a window of opportunity for Palestinians. Headed by Trump, the US Administration can change. Netanyahu is increasingly criticised by US democratic and American Jewish leaders – a factor that can be invested. Netanyahu has allied with fascist right-wing leaders around the world and aligned with far right figures. This can allow room for Palestinians to bolster their alliance with democratic forces around the globe. In particular, Palestinians can invest in popular diplomacy.

In his comment on the Report, Dr. Nasser al-Qudwah, Member of Fatah Central Committee, elaborated on Israel’s relapse into political and religious extremism. This does not only concern the conflict with Palestinians, but is also associated with Israeli society’s identity, state structure, and the operation of state institutions.
“The problem is exacerbated by the absence of any deterrent for the right-wing slide and consequent measures. They are simply consolidating facts because there is nothing that prevents them from doing so.” Al-Qudwah asserted. 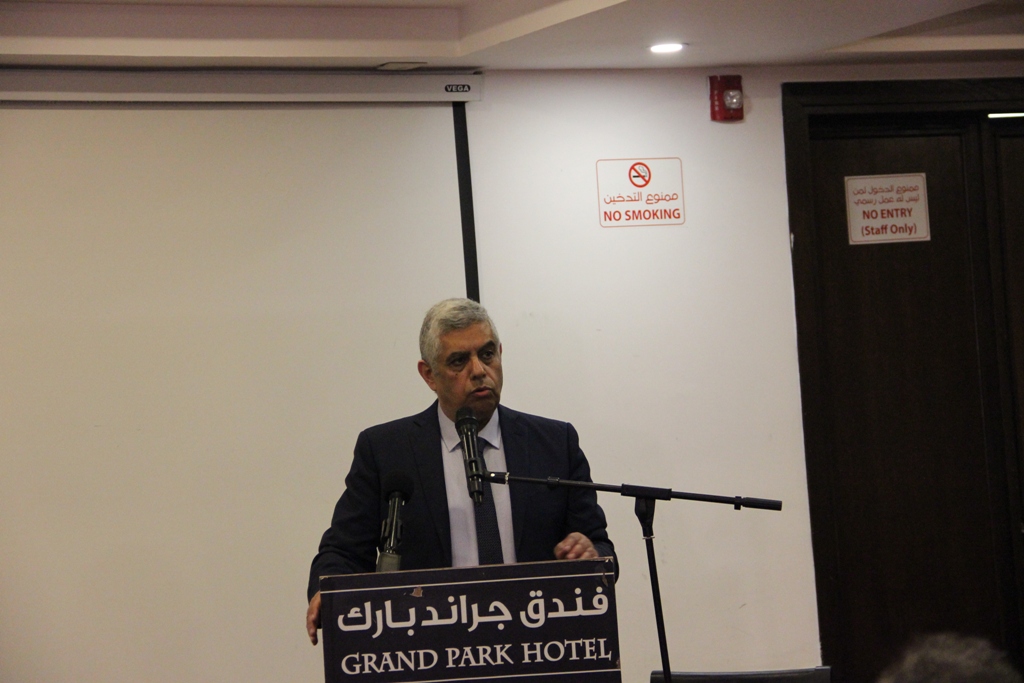 According to Al-Qudwah, what has been happening for years is an elimination of the legacy of Oslo. Now, this is turning strongly into enforcement of the Israeli law to settlements, meaning seizure of the West Bank and creation of real obstacles to Palestinian national independence. This is taking place under a US Administration that neglects previous commitments, violates international laws, and denies Palestinian rights.

Al-Qudwah expected that Israel was heading towards serving a severe blow to the Palestinian regime in an attempt to ensure that Palestinians would be responsive to the Israeli vision. 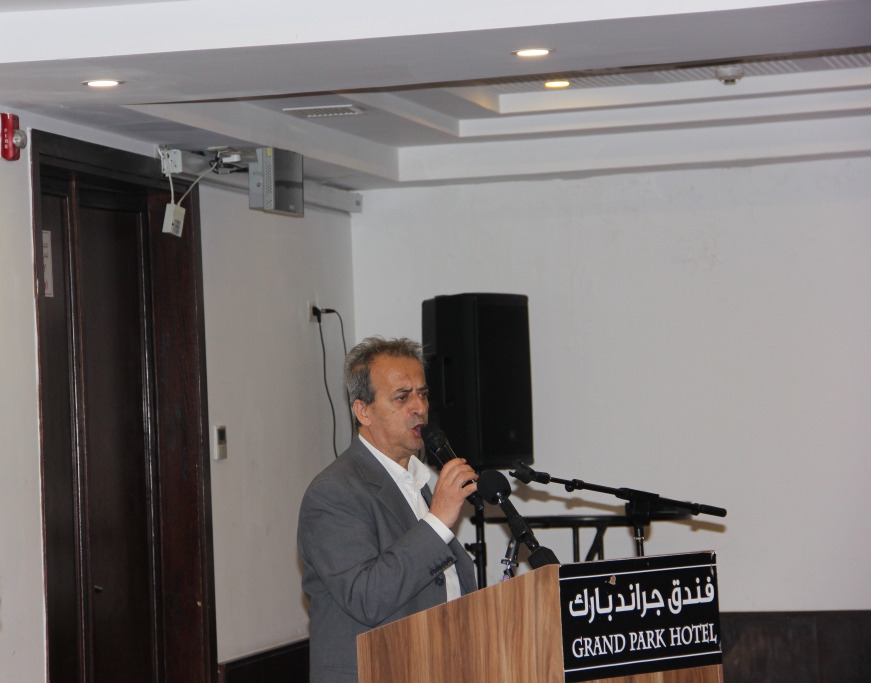 Al-Qudwah said that the Palestinian potential should concentrate on restoring unity, instilling confidence in and rebuilding institutions, and resetting the political discourse so that it focuses on the legal force of the 1967 border as a line of defence. Negotiation should not address statehood, but will highlight the achievement of national independence and bringing an end to the occupation. In addition, the relationship should be rebuilt with the Arab world and international community. 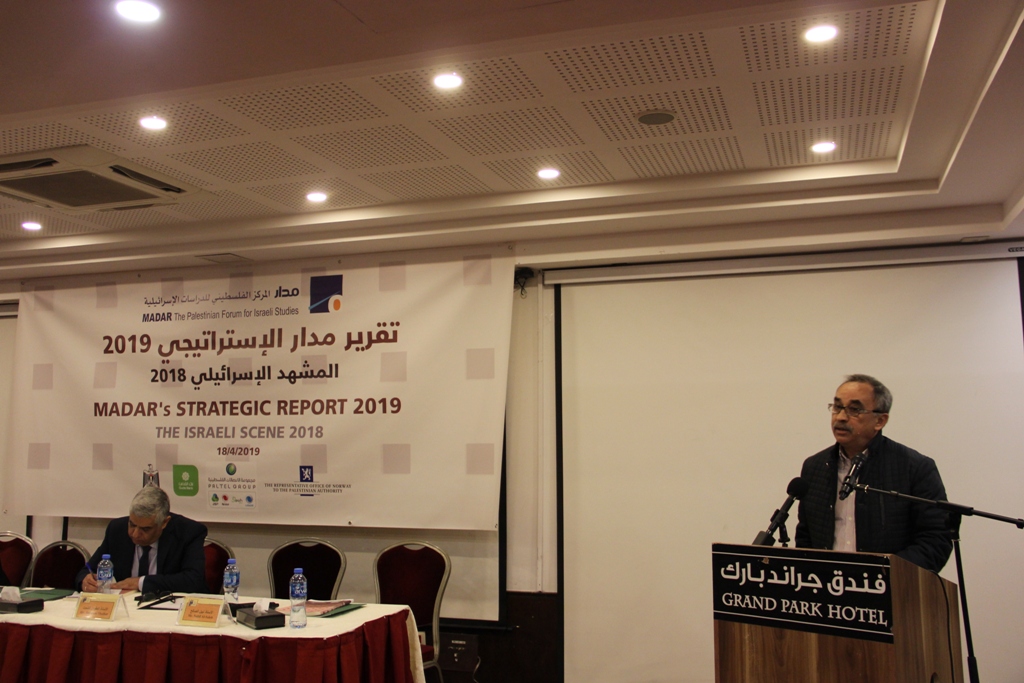 Al-Qudwah concluded that efforts should be integrated to confront settler colonialism. For Israel, the current stage involves legitimisation of settlements. To this end, Palestinians have to challenge the Israeli enterprise and proscribe work in settlements on the ground. They will also promote efforts to boycott settlements on the international level. 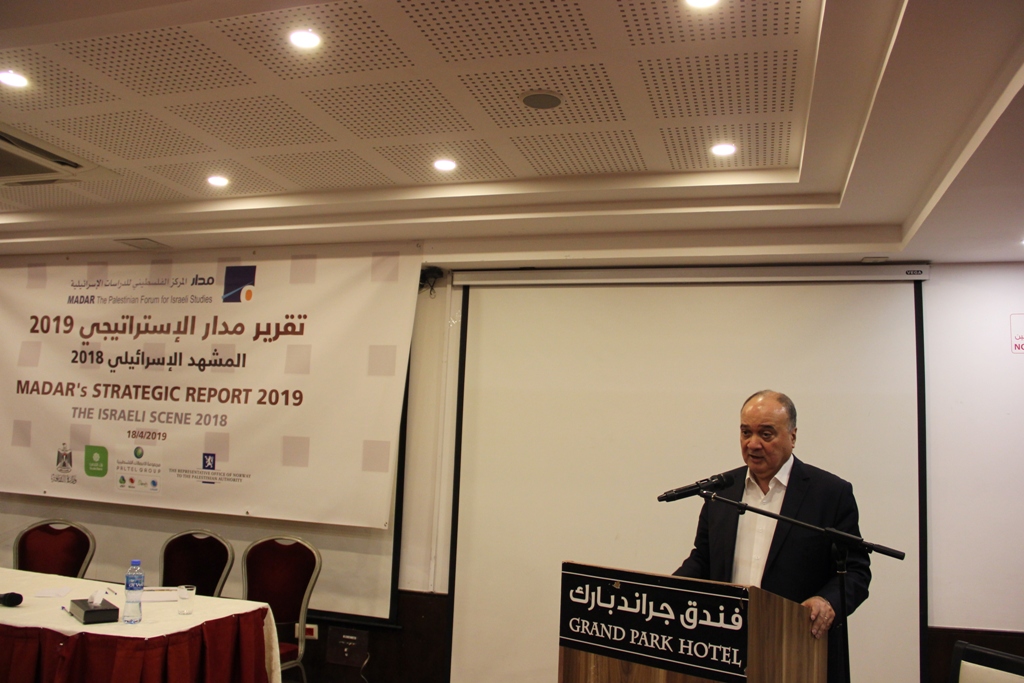