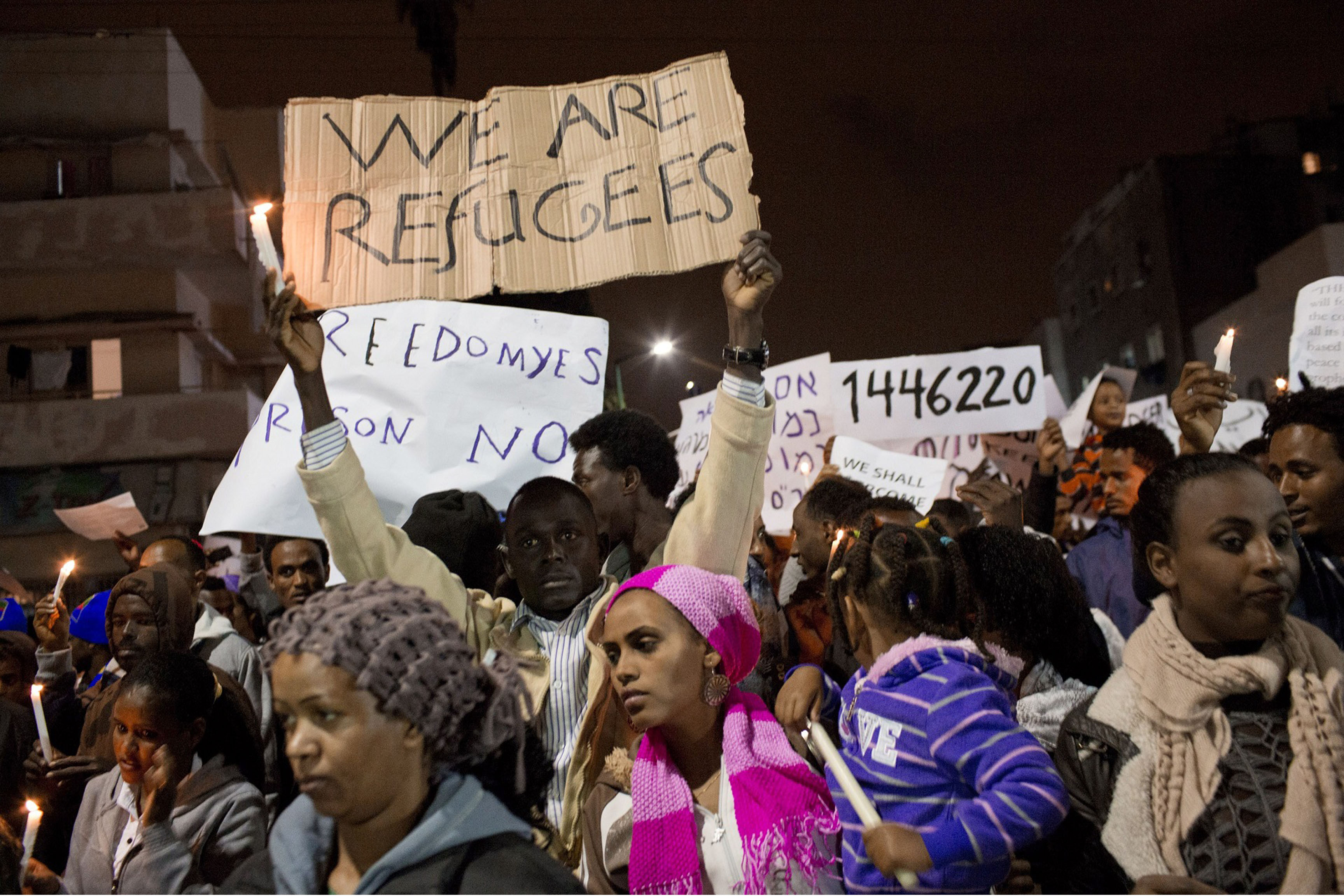 This paper provides an analysis of the recent changes the Israeli position has marked towards the issue of African refugees. These changes were initiated by a government decision, stating that all refugees would be expelled to a third African state (Rwanda). Any refugee who refused

expulsion would be sent to jail. Later, Prime Minister Benjamin Netanyahu and Minister of Interior Aryeh Deri announced they had reached an understanding with the UN Refugee Agency, but the agreement was called off. Finally, the former plan, according to which refugees would be expelled to a third African state, namely Uganda, was reintroduced.

The paper is premised on the claim that there is a close relation between Netanyahu’s hesitation and decline, potential for early general elections, and fear for losing right wing grassroots, which support Netanyahu and believe that expulsion is the optimal solution for the African refugee problem.

Netanyahu attempts to alleviate the damage he caused to himself after he had adopted a plan to resolve the problem, but immediately and dramatically declined it overnight. Netanyahu followed his tradition of inciting hatred against civil society organisations , which support the rights of African refugees. He claimed that the New Israel Fund thwarted the expulsion plan. On the other hand, Netanyahu seeks to adopt a radical bill, preventing the High Court from repealing laws enacted by the Knesset. Hence, Netanyahu joins forces with the far right wing movement within the Likud party in an attempt to reverse the damages over the past week. At the same time, Netanyahu realises that Moshe Kahlon, leader of Kulanu party, will not admit the radical bill, which Netanyahu wants. If the latter insists to enact the bill, it means that the government will fall. Will Netanyahu back off and appear as a hesitant leader once more? Will he proceed with it all the way through, which means an enhanced likelihood for another early elections?