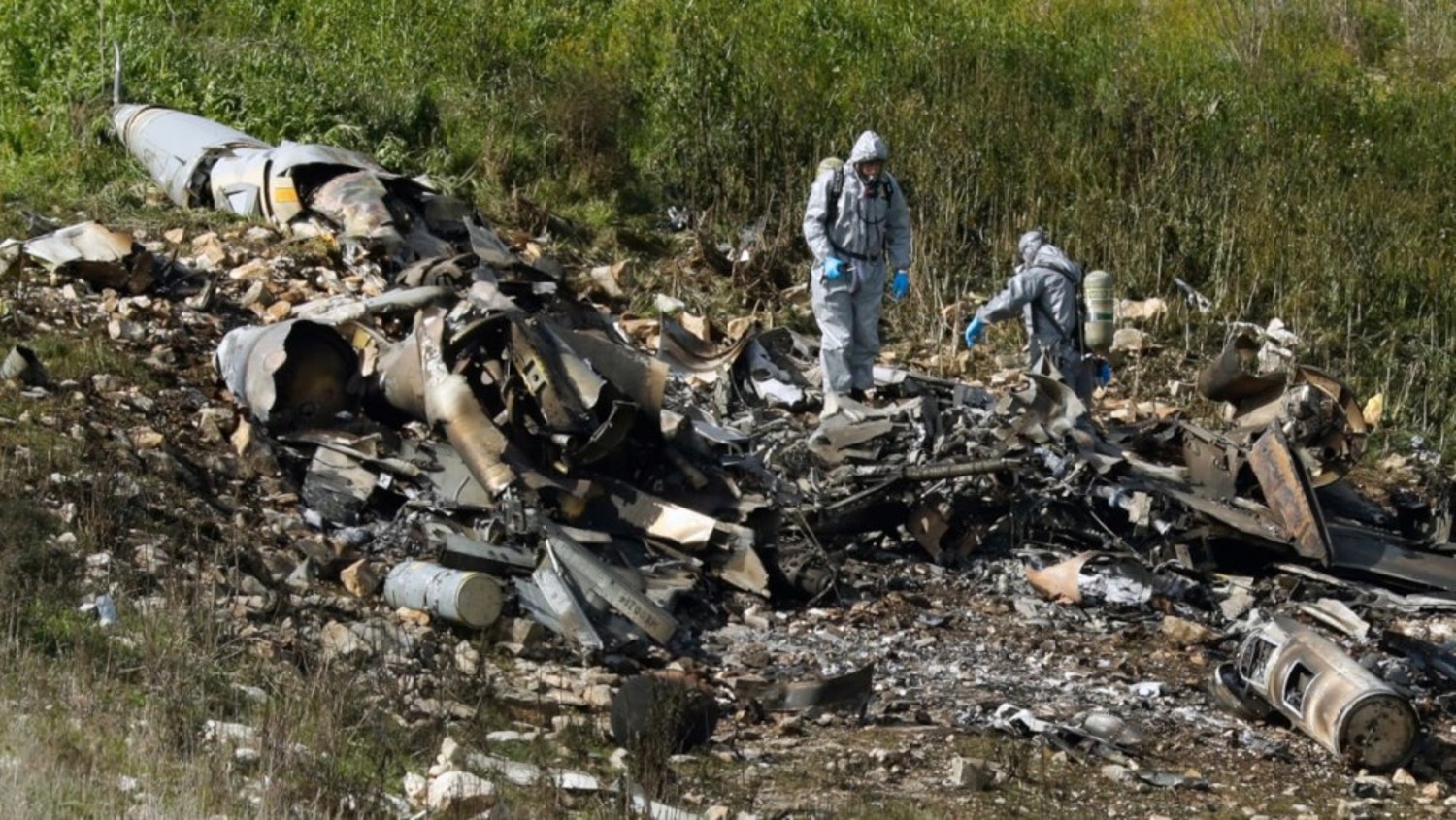 This paper provides an analysis of the 10 February 2018 events on the Syrian-Israeli front. The day marked three key events: (1) an Iranian drone crossed Israel’s airspace and was destroyed; (2) Israel launched a counter attack on Syrian locations,

resulting in the shooting down of an Israeli F-16 fighter jet; and (3) Israel launched intensified airstrikes deep inside the Syrian territory.

These events can be labelled as the “one-day war on Syria.”

This paper attempts to answer the central question, which follows on these events: Will Israel continue to bomb Syria in the aftermath of the said events as it used to over the past few years? Will the frequency of Israel’s bombardment of Syria and violation of the Syrian airspace and sovereignty decline after these events?

Naturally, the answer depends on the so-called “Israel’s red lines” on Syria. Stepping up on a yearly basis, these red lines principally include: ban on the transportation of advanced weapons from Syria to Hezbollah in Lebanon; ban on approaching the borders both in the occupied Golan Heights and within Israel’s international borders; and response to any violation of Israel’s sovereignty.

The most recent confrontation between Israel and Iran on the Syrian stage uncovers how both parties are insistent on proceeding with their schemes. Iran is further consolidating its influence and foothold in Syria by establishing military bases and creating a corridor through to the Mediterranean Sea. By contrast, to the best of its ability, Israel is maintaining its position towards obstructing the Iranian influence, but without ending up with a comprehensive confrontation with Iran.
Israeli commanders have asserted that Israel is not concerned with a war with Iran.

The question remains: Will Israel succeed in preventing Iran’s presence through the military arm alone? The latest confrontation shows that the most Israel can do is to prevent Iran from approaching the Israeli border and to ban the transportation of weapons to Hezbollah. These are tactical goals, which Israel can resolve through military operations. Of these, more than 100 operations have already been conducted since the civil war broke out in Syria. According to many assessments, through its military arm, Israel will not be capable of achieving the strategic goal, namely, to put an end to Iran’s presence in Syria. A plethora of reasons are cited: Launching an all-out war will result in an exorbitant price. The outcomes of such a war are not guaranteed. Also, the declining US role in Syria allows Russia to play a pivotal and exclusive role in determining the future of Syria.