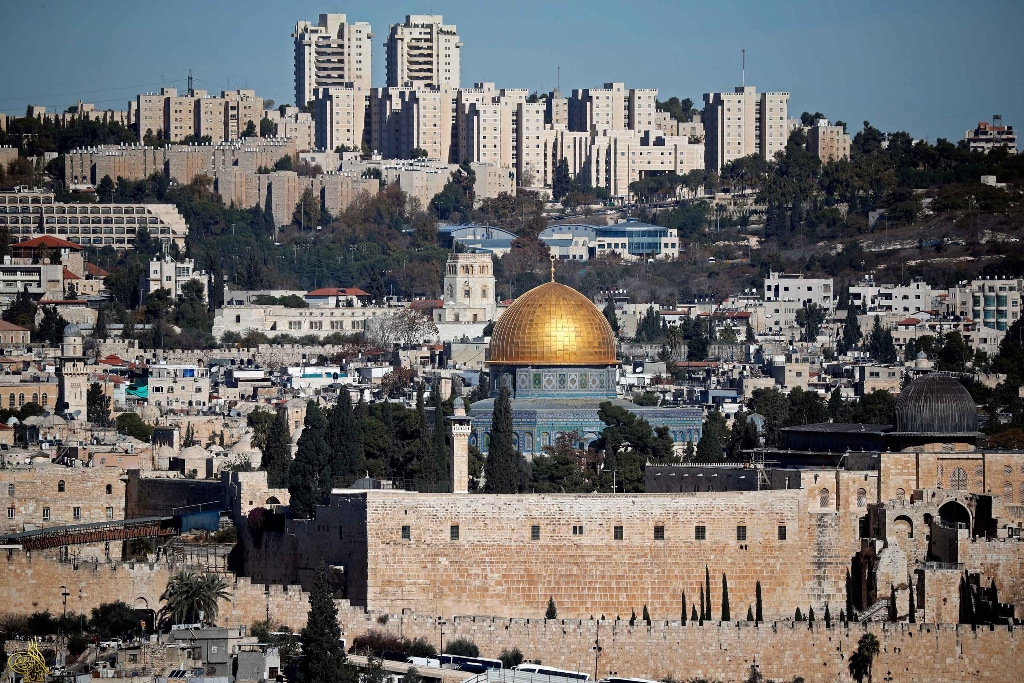 In the final reading, a bill requires a majority vote of 80 MKs for any amendment to the “Jerusalem Law” according to the area of jurisdiction of the “Municipality”

(A bill requires a majority vote of 80, out of 120, members of the Knesset (MKs) for any amendment to the Basic Law: Jerusalem, Capital of Israel. However, at the request of the government, this new provision may be annulled by another bill, which wins a majority vote of at least 61 MKs. In the first reading, an appendix was introduced, providing that the law would be applicable to the city’s area of jurisdiction, which the

Jerusalem Municipality determines. Without naming them, the bill paves the way to isolating large Palestinian suburbs from the city Attached are the original law and the bill, which was approved in the final reading.)

On Monday, 1 January 2018, the Knesset plenum approved, in the third and final reading, a bill initiated by MK Shuli Mualem (Jewish Home) and 22 MKs of all parties of the ruling coalition. The bill provides that any amendment to the Basic Law: Jerusalem, Capital of Israel will require a majority of vote of 80, out of 120, MKs.  Having endorsed it in a preliminary reading on 19 July 2017, the bill was approved in the first reading on 26 July 2017.
According to the Israeli law, “basic” law (i.e. constitutional laws) require a majority vote of at least 61 MKs so that they can be amended or repealed. However, this bill provides for amending three articles, namely 5, 6 and 7, of the Basic Law: Jerusalem, Capital of Israel. Accordingly, the required majority vote will comprise 80 MKs.

The government’s addition was introduced subsequent to the viewpoint of judicial advisors at the Ministry of Justice. Accordingly, the Knesset may not approve a law, which reverses a lawful ordinary majority vote of MKs, which can take place in the future to amend any law. This means that the government’s addition of the said article would render the bill irrelevant. Theoretically, any upcoming government can request that the proposed bill be repealed, requiring a majority vote of 61 MKs or more to repeal it.
Later, however, a controversy erupted among Israel’s right wing, stating that the law which stipulates a majority vote of 80 MKs will subsequently thwart the possibility of isolating large neighbourhoods from Jerusalem.

In the light of the controversy among right wing parties, in a brief session, the Constitution, Law and Justice Committee approved the addition of two articles to the bill, which had been approved last week. According to the first article, the law concerning a majority vote of 80 MKs may be repealed and replaced by another law, which wins a majority vote of at least 61 MKs.

The second article prescribes that the law will be applicable to the city’s area of jurisdiction, which the municipality of the occupying authorities determines, referring to subsequent modifications. Approved together with the first article in the final reading at the Knesset plenum, this amendment paves the way to a bill, which is being developed by the occupying government. This bill provides for the establishment of municipal councils, which report to the municipality of the occupying authorities, in large Palestinian suburbs. However, this step also paves the way to isolating municipalities of the suburbs from the Jerusalem Municipality in the future. The step will be a prelude to a complete isolation of these suburbs from the occupied city of Jerusalem. This will affect more than 150,000 Palestinian; that is, at least half of the Palestinian population of Jerusalem today.

In addition, if this law is approved, withdrawal from occupied Jerusalem will be subject to two parallel laws. The first is the proposed bill. The second is the so-called Law on Referendum, which provides that if the government reaches an agreement on the withdrawal from areas that are subject to the so-called “Israeli sovereignty”, the agreement will require a majority vote of 80 MKs. If a majority vote of all 120 MKs is less, a referendum will be held. This law is applicable to the city of Jerusalem and occupied Syrian Golan Heights based on the laws on the annexation of both areas.

Background of the Bill
Over the past years, this bill was included on the Knesset agenda on many occasions. Along with other laws relating to the territory occupied in 1967, the bill requires an extraordinary majority vote, ranging from 70 to 80 MKs. The objective is to ensure that these laws remain effective in the future. Secondly, the said laws aim to neutralise active parties of Palestinians of 1948 territory, who currently join a single parliamentary bloc (the Joint List).

Voting
The bill won a majority vote of 64 MKs of all parties of the coalition. 52 MKs of all opposition parties voted against the bill.

Protection of Holy Places 3. The Holy Places shall be protected from desecration and any other violation and from anything likely to violate the freedom of access of the members of the different religions to the places sacred to them or their feelings towards those places.

Development of Jerusalem 4. (a) The Government shall provide for the development and prosperity of Jerusalem and the well-being of its inhabitants by allocating special funds, including a special annual grant to the Municipality of Jerusalem (Capital City Grant) with the approval of the Finance Committee of the Knesset.

(b) Jerusalem shall be given special priority in the activities of the authorities of the State so as to further its development in economic and other matters.

(c) The Government shall set up a special body or special bodies for the implementation of this section.
Area of the jurisdiction of Jerusalem 5. The jurisdiction of Jerusalem includes, as pertaining to this basic law, among others, all of the area that is described in the appendix of the proclamation expanding the borders of municipal Jerusalem beginning on June 28, 1967, as was given according to the Municipalities’ Ordinances.

Prohibition of the transfer of authority 6. No authority of the State of Israel or of the Jerusalem Municipality may be transferred either permanently or for an allotted period of time to a foreign body, whether political, governmental or to any other similar type of foreign body.

Entrenchment 7. Clauses 5 and 6 shall not be modified except by a Basic Law passed by a majority of the members of the Knesset (at least 61 members).

Translation of the amendment to the law, as approved in the final reading

Amendment of the Basic Law: Jerusalem, Capital of Israel (Amendment no. 2) (Instructions Concerning the Area of the Jurisdiction of Jerusalem and the Majority Required to Modify it)

Repealing of Article 5: In the Basic Law: Jerusalem, Capital of Israel (hereinafter “Basic Law), Article 5 shall be repealed.

Amendment of Article 6: In Article 6 of the Basic Law, the phrase which begins with the words “of the area of the jurisdiction of Jerusalem” shall be replaced by “of the area of the jurisdiction of Municipality of Jerusalem”. This includes the area that is described in the appendix of the proclamation expanding the borders of municipal Jerusalem beginning on June 28, 1967, as was given according to the Municipalities’ Ordinances. All this shall be as it has been applicable since the day of the enforcement of the Basic Law: Jerusalem, Capital of Israel (Amendment no. 2) (Instructions Concerning the Area of the Jurisdiction of Jerusalem and the Majority Required to Modify it).