Settlers From the Margin to the Center

The Settlers’ Vision of their Status and the Political Solution of the Conflict: From “Gush Emunim” to the Jewish Home (HaBayit HaYehudi) 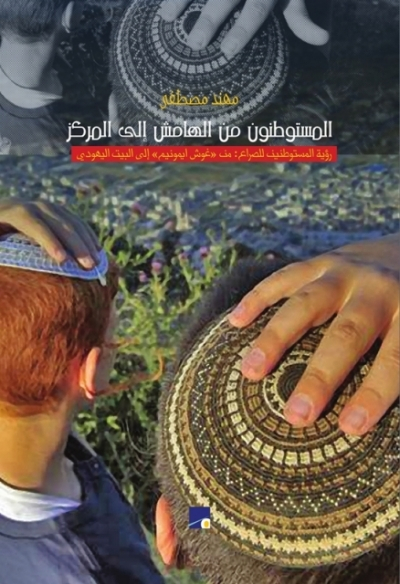 Ramallah: the Palestinian Forum for Israeli Studies (MADAR) has published a research paper entitled: The settlers’ vision of their status and the political solution of the conflict: from “Gush Emunim” to the Jewish Home (HaBayit HaYehudi), written by Mohanad Mustafa, of 88 pages.

This research analyzes the positions of the settlers of the proposed political solutions to the Palestinian-Israeli conflict since 1967. It monitors their positions from the political proposals, the factors that lead to such positions and their developments.

The research also addressed the historical, ideological and religious contexts that affected the positions of the settlers “block”, and highlights the importance of such contexts, as it still plays major roles in formulating such positions, and the extremist expansionist approach that govern it, which all should be taken into consideration when attempting to analyze the different streams of settlers, and to understand the internal dynamics that govern their actions.

The research addresses two sides of the settler positions; the first is related to their positions from governmental, non-governmental and international political proposals and initiatives to solve the conflict. The second is related to the proposals submitted by the settlers themselves to solve the conflict, starting from the positions of the “Gush Emunim” settlers’ movement, the positions of the settlements’ council, political figures, rabbis, and finally the “Jewish Home” political party lead by Naftali Bennett.

In addition, the research tries to showcase the contrast in the positions of the settler community in the Palestinian territories occupied since 1967 towards proposed solutions, the political and ideological backgrounds that explain this internal contrast. It also presents a historical analysis to the positions of the general public of the settler community, as reflected by different opinion polls over the past years. Finally, the research attempts to forecast the future evolution of the settler’s status in the final status as projected by the settlers themselves.

More in this category: « Settlement Geography