How the West Bank is being transformed into cantons? 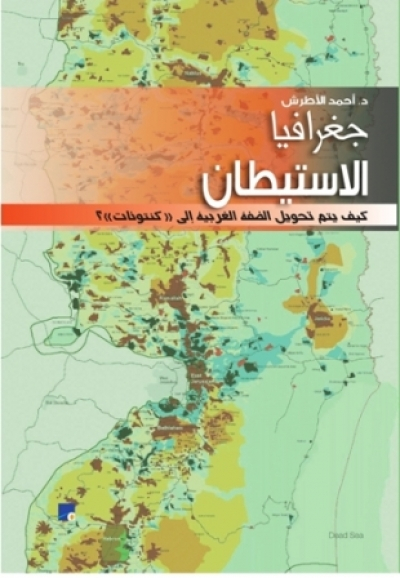 Ramallah: the Palestinian Forum for Israeli Studies MADAR published a study by Dr. Ahmad Al-Atrash entitled “The Geography of Settlements: How the West Bank is Turned into Cantons”? The study presents a thorough analysis of the geography of settlements, the policies behind it, its severe implications on the Palestinian livelihood, and the Palestinians’ future potentials, demographically, economically, environmentally, and before all that politically.

The study shows that the Israeli settlements were built to stay, in order to achieve strategic Israeli goals that can be summarized by creating a demographic reality that impedes the Palestinian people’s ability to have its state on its land as prescribed by all relevant international resolutions. The Palestinian communities in the West Bank have been isolated in cantons surrounded by Israeli settlements and other physical barriers like the Wall and bypass roads, which makes the idea of Palestinian geographic contiguity hard to achieve.

On the same line, the study recalls that in 2005 Israel dismantled its settlements and unilaterally withdrew from Gaza Strip. The Palestinians dealt with the Israeli actions with semi-improvised manner that lead to negative environmental, economic and social implications.

The study concludes that after thorough revision of the political geography of the Israeli settlements in the West Bank clearly show that the West Banks capacity, in terms of land availability and its suitability for spatial development, have become weak and fragile within the current context.

Given the facts and numbers, the study recommended that the Palestinians should not, under any circumstances, give up any of the lands where the settlements currently stand, especially the lands that have been isolated behind the separation wall, for its essential importance in guaranteeing a more sustainable future for the Palestinians.

More in this category: « Israeli settlements: Catastrophic Implications on the Palestinian Economy. Settlers From the Margin to the Center »
Madarcenter.org Website, All Rights Reserved © 2020