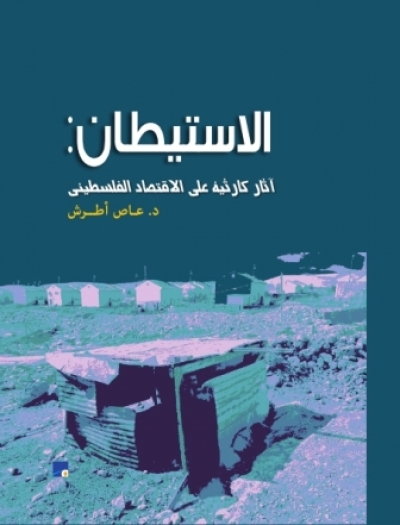 Ramallah: the Palestinian Form for Israeli Studies “MADAR” published a study by Dr. A’as Atrash under the title “Settlements: Catastrophic Implications on the Palestinian Economy”. The study suggests that the Israeli settlements negatively affects all Palestinians in the West Bank, and all aspects of life; including production, trade, services, and its effects are seen in the living standards and distribution of income and welfare.

The study that focused on the economic losses resulting from the Israeli settlements in the West Bank, and the movement restrictions imposed on the Palestinians daily, the confiscation of natural resources representing at least 10.2% of the West Bank’s GDP. Given that the calculation of these losses doesn’t take into account the price of natural resources or its economic value, but the value added to all GDP elements and what it produces in terms of income to the laborers, which in turn are a driving force in the economy.

The study also showed that the indirect losses in the labor market reached up to 385.3 million dollars in current prices.

The study suggests that those numbers are lower than reality, as many sectors in the services, industry and trade sectors have not been accounted for, due to the complication of estimating the losses without enough data. On the other hand, some of the costs should be allocated to the occupation, as the costs were shared in between the settlements and other occupation practices. The study, as indicated in its introduction, used preliminary estimations in order to be careful, and to avoid any exaggeration.

The study is comprised of four parts, the first part is a background on the performance of the Palestinian economy in comparison to the Israel economy based on the economic indicators of the past years, and it highlights the gap between the two connected economies. The second part of the study presents the characteristics of settlements and the settlers in the West Bank and their costs to the Israeli economy. The third part presents the economic losses caused by the settlements in two approaches: expenditure and income; where the first approach focuses on the economic losses in value added of the GDP, while the second focuses on the losses as income. The forth part of the study is the summary and conclusions.

More in this category: « Settler Violence and its Impact on Palestinians Settlement Geography »