Lobbyists and Influences on Decision-Making in Israel 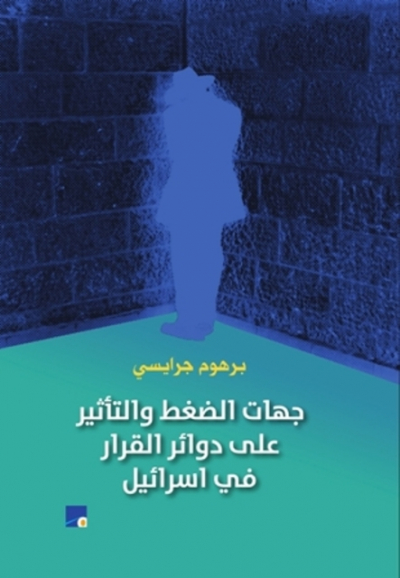 The study shows that Israel has witnessed several structural changes since the beginning of the 90’s; economic, social and political, concurrently, which enforced the relationship between political decision making and the role played by the lobby groups. This, in turn, has changed many of the standards and working tools that existed since 1948. One of the most important changes was Israel’s exponential shift from a welfare state (at least out of tendency until the late 80s) to a classic capitalist state that adopts free neoliberal policies. This shift coincided with the influx of hundreds of thousands of new immigrants that the state had to cope with and absorb. Although Israel has always been a state of immigrants, but the immigration wave of the 90s’ had strategic outcomes on Israel over the following years.

The study illustrates that Israel has reached the early 90s’ exhausted by the economic and political crisis resulting from the Palestinian intifada in the second half of the 80s’, the high levels of inflation that preceded right before it, which made Israel unattractive for local and foreign investment, which lead to large migration of capital, and Jewish immigration declined to its lowest rates.

The study focuses on three components that contributed to the above-mentioned changes; the first component was the disintegration of the large parties, and moving towards a multi-polar political arena. Until the early 90’s the Israeli political arena and the decision-making circles were relatively stable, as Israel was lead by two large parties, and some small parties. Some small parties were solid and stable, and others were changing, most of them used to orbit around one of the two large parties and the governing authority. The solid parties used to be governed by clear party structures, political programs and ideologies, which gave the parties their distinction within the Israeli and Zionist standards. Yet, with the introduction of primaries, the approach that implements open elections, and grants “voting rights” to all passing party members, the decision making powers were shifted from fixed structures to dynamic bases (members), which weakened the status of the party in its previous context.

The economic oligarchy, or the “capitalist sharks” represented the second component. This definition was given to rich businessmen who multiplied their wealth very quickly over the past two decades by taking advantage of the privatization policies and neoliberal economic policy, including the privatization of the investments of Israel’s organization of trade unions “Histadrut”, which until the 80s’ controlled 30% of the Israeli economy, including construction, infrastructure, Israel’s largest bank, shopping centers...etc.

The study shows that those oligarchs worked over the past years to “liberate” the Israeli economy from old labor laws, laws that the “capitalist sharks” assumed to obstruct their economic growth. They succeeded in doing so in many cases, helped by their penetration of the corridors of power, through financing the campaigns of parties and politicians, which in turn helped those oligarchs in becoming the main lobbying power to the government in the recent years in particular.

On the other hand, the radical right wing in Israel has noticed the phenomenon of civil society, thus setting up their own “associations” whose main goals are to realize the right wing’s agenda on the ground, through recruiting the governmental institution. Even if some of those organizations were formed in the 70s’ or 80s’ (two or three), their work witnessed significant forward leaps starting the second half of the 90s’ and the beginning of the second millennium.

The study concluded that as the right and extreme right wing forces have been in control over the past years, the weight and influence of the right wing organizations and their effect on the government has increased, and similarly their influence on recruitment of public support for the governmental policies.