If the middle class in Israel: more polarized society! 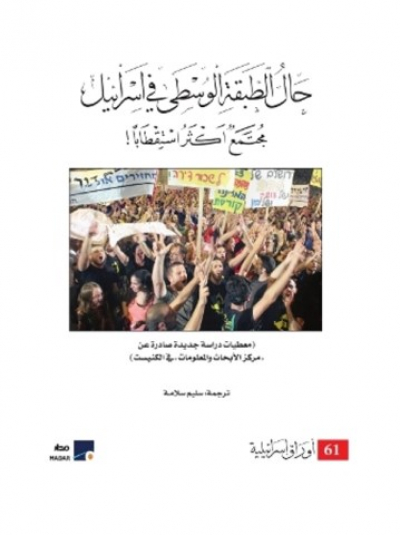 
This issue includes a translation of a new study that the “Knesset Research and Information Center” had published in Spring 2013, titled “The Middle Class in Israel - Recent Shifts,” prepared by Salim Salameh. The study confirms, among other things, that “the existence of a large middle class could attest to a relatively equal society,” while an international comparison shows that the middle class in Israel points towards a more polarised and less equal society.

The question of the middle class in Israel, its status, significance, and what it has turned into had occupied centre-stage in the public discourse in Israel in the past few years, especially at the backdrop of Knesset proceedings around the state’s new general budget law, linked with Yair Lapid’s declarations, the new minister of finance who, along with his party “Yesh Atid”, had a sweeping and notable achievement by being called the representative and protector of the middle class and its interests.