The Haredi community and the state in Israel 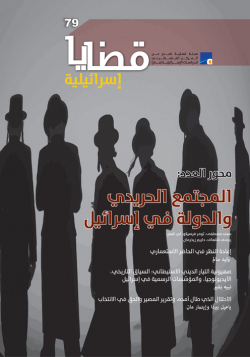 Much water has flowed in the river since the historic announcement by the Jewish Rabbinical Council in Germany, in 1897, that is, prior to the founding Zionist Conference in Basel, an announcement which condemned the Zionist idea of establishing a Jewish national homeland in Palestine. Among the reasons cited by those Orthodox circles was that the Zionist project provides a new understanding of Judaism, enabling a person to be a religious atheist and a good Jew at the same time, as Judaism was no longer merely a religion but had become, through the Zionist understanding of it, a nation, as well, one which conceptually permits the existence of non-religious Jews who do not adhere to religious teachings. Those circles thought that this posed a threat to Judaism, and that the Jewish existence could only be maintained by considering Judaism as a religion, not a nation,

Anti-Semitism, Zionism and the Question of Palestine 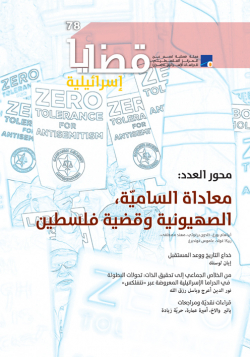 Anti-Semitism, Zionism and the Question of Palestine

Since the International Holocaust Remembrance Alliance (IHRA) adopted a new definition of anti-Semitism, the question of Palestine has entered a new phase, both morally and politically. As applicable, the new definition transforms the whole Palestinian narrative into one that can be characterised as anti-Semitic. It is of the view that the right of return and demand for a state of citizens in Israel seek to abolish Jewish privileges over Palestinian citizens, making both anti-Semitic claims. So is the case of anyone who dreams of a binational state in Historic Palestine or of one secular, liberal and egalitarian state. This ushers in a new stage of the war on Palestine’s narrative and just claims. It is true that these claims could not be realised so far. From now on, however, these mere claims become unlawful and anti-Semitic.

a worrisome and pressing concern among Palestinians in Israel: 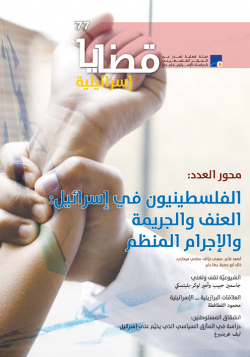 Ramallah: The Palestinian Forum for Israeli Studies (MADAR) has recently released Issue 77 of Qadaya Israeliya (Israeli Affairs). Titled “Palestinians in Israel: Violence, Crime and Organised Crime”, this issue monitors the scale and reflections of violence and crime in Israel, provides an analysis of the relevant socio-political and educational context, and unveils the role the confused relationship with the Police and state institutions play in nurturing this phenomenon. 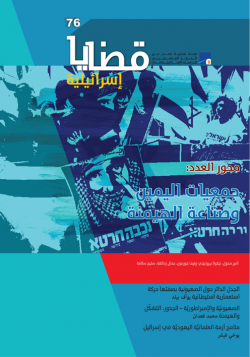 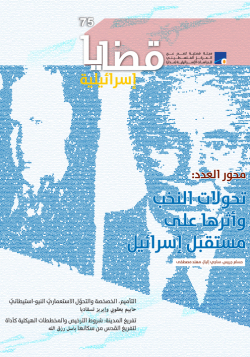